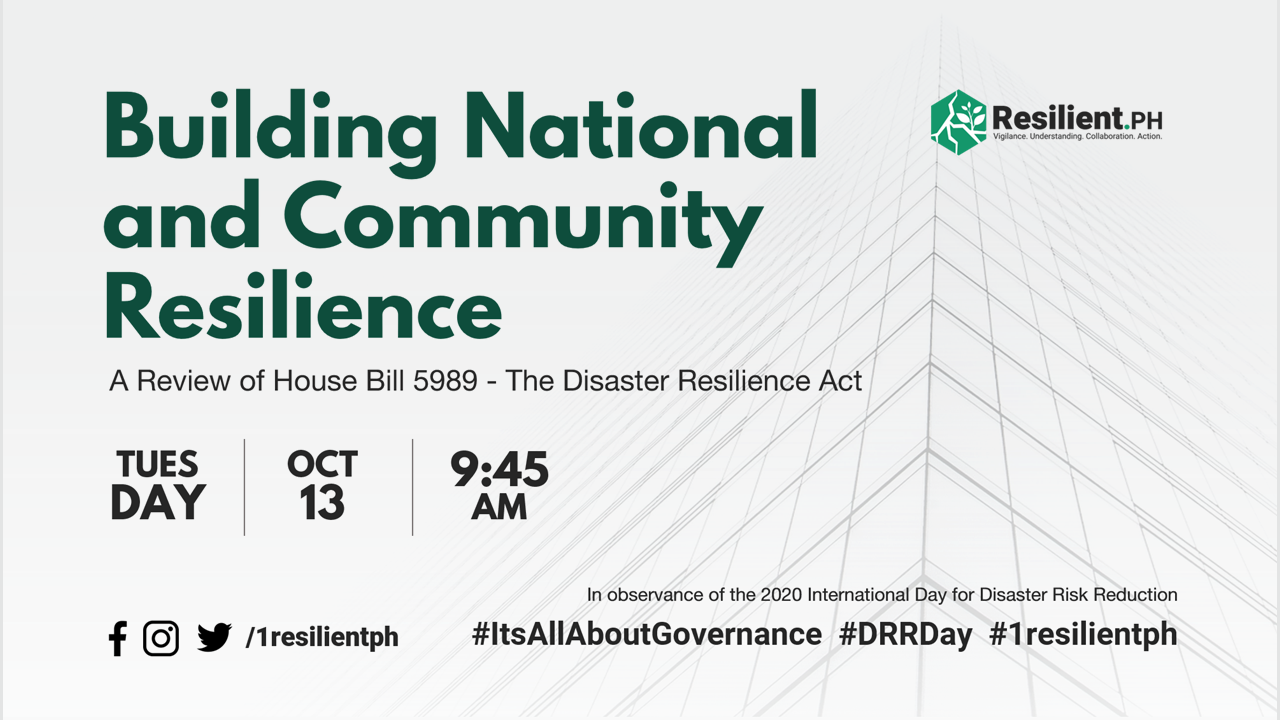 The United Nations General Assembly institutionalized the DRR Day to promote a global culture of disaster risk reduction. This year, the theme is #ItsAllAboutGovernance, in keeping with the Sendai Seven Campaign.

The Sendai Seven Campaign, launched in 2016, highlights each of the Sendai Framework’s seven strategic targets. For 2020, the focus is on Strategic Target E – substantially increase the number of countries with national and local disaster risk reduction strategies.

The public forum saw 100 participants through an online platform, including several disaster risk and crisis management (DRCM) students and professionals from both the public and private sectors. Several participants expressed their comments on the House bill’s various provisions and shared insights and recommendations for future discussion on the proposal to create a Department of Disaster Resilience.

In general, the participants were in favor of the proposed government agency to oversee disaster management efforts. Everybody was also in agreement that more discussions should be made on the actual provisions so that the would-be law is truly grounded on the communities’ current and future needs.

Among the interesting suggestions that surfaced during the forum is to include a provision that protects effective disaster risk reduction plans and programs from being discontinued due to leadership changes. According to local disaster risk reduction and management officers who participated in the forum, this is a genuine concern that leads to wasted public resources.

Resilient.PH is currently curating these and other inputs from the participants for submission to the Office of Civil Defense (OCD) and the offices of several Senators who have crafted their counterpart version of the House bill. The hope is that the suggestions from the forum be part of future deliberations in the senate.

With the success of this first online public forum, Resilient.PH is already putting up plans for the follow-up events in the coming weeks.

DRCM and resiliency stakeholders may email Resilient.PH at hello@resilient.ph to be included in the mailing list and more information on webinars.